Welcome to the Prescott Campus Commencement Speakers archive. Graduation is a monumental achievement in every student's path to their future. Embry-Riddle Aeronautical University has welcomed many renowned and successful guests to address graduates and provide some words of wisdom from their own life experiences. Past commencement speakers have included Embry-Riddle alumni, astronauts, entrepreneurs, politicians, military veterans and more.

Here, you can review previous years' commencement speakers, read their commencement addresses to graduates, and find news on our next remarkable Commencement Speaker! 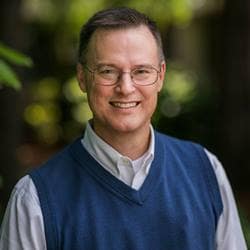 Joe Sprague serves as President of Horizon Air, where he is responsible for engaging the people of Horizon and working with them to deliver exceptional regional air service on behalf of Alaska Airlines.

Joe views leading Horizon Air as a privilege and deep responsibility. With a focus on safety, continual improvement and execution, he is committed to working with the people of Horizon to deliver results that further build on the company’s strong track record of safety, operational performance and a great guest experience. Joe is a self-proclaimed “regional airline geek.” He started following Horizon Air in its earliest days and still has term papers he wrote about Horizon while in high school and college.

Spanning over three decades, Joe’s aviation career started with a job as a customer service agent for a small commuter airline, where he later flew as a commercial pilot. He also held multiple leadership positions with a large Anchorage-based regional airline, and managed commuter airline and air charter policy for a DC-based aviation trade association. He served at Alaska Airlines for 17 years in a variety of increasingly senior leadership positions, including senior vice president of external relations and vice president of marketing.

Joe has a bachelor’s degree in Aeronautical Science from Embry-Riddle Aeronautical University and an executive MBA from the University of Washington. He has served on multiple non-profit boards and currently serves on the board of Wings Airways, an Alaskan float plane tour operator. He and his wife, Jennifer, have two grown children. 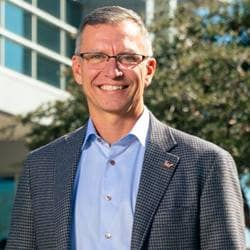 Ryan M. Hartman is the President and Chief Executive Officer of World View, the leading stratospheric exploration company on a mission to inspire the global community to rediscover Earth through its space tourism and stratospheric remote sensing businesses. Hartman joined World View as CEO in early 2019 and has led World View to become a purpose-driven global brand with the successful launch of the company’s revitalized space tourism program.

Hartman came to World View as a 20-year aerospace veteran, having served as the President and CEO of Insitu, a pioneer in the design, development and manufacturing of high-performance, low-cost unmanned aircraft systems, along with leadership roles at Raytheon in their missile and defense units. Hartman is also a veteran of the U.S. Air Force and U.S. Navy. He serves on the Board of Directors for the Commercial Spaceflight Federation, Precision Hawk UAS and the Northeast UAS Airspace Integration Research Alliance (NUAIR). 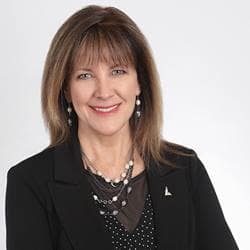 Dr. Janet L. Kavandi serves as the President of SNC subsidiary Sierra Space in Louisville, Colorado. There, she is responsible for the company’s space programs, including the Dream Chaser spaceplane, which is under contract to deliver supplies to the International Space Station beginning in 2021. The Dream Chaser is a winged vehicle and the only resupply vehicle capable of landing on a commercial runway.

Prior to her current position, Dr. Kavandi served as Director of the National Aeronautics and Space Administration’s John H. Glenn Research Center in Cleveland, Ohio. In this position, she was responsible for planning, organizing and directing the activities required for cutting-edge research on aerospace and aeronautical propulsion, power, and communication technologies.

Prior to accepting the Director position, Dr. Kavandi served as Glenn’s Deputy Director. Before her time at Glenn, Dr. Kavandi worked at NASA’s Johnson Space Center in Houston, Texas, where she served as the Director of Flight Crew Operations. In this role, she was responsible for the Astronaut Corps and Aircraft Operations at Ellington Field. Dr. Kavandi also served as the Deputy Director of the Health and Human Performance Directorate, where she was responsible for the NASA flight surgeons and human research investigations on the International Space Station (ISS).

Dr. Kavandi was selected as a NASA astronaut in December 1994 as a member of the fifteenth class of U.S. astronauts. During her time in the Astronaut Office, she supported International Space Station payload integration, capsule communications, robotics and served as Deputy Chief of the Astronaut Office. She is a veteran of three space flights, serving as a mission specialist on STS-91 in 1998, STS-99 in 2000 and STS-104 in 2001. Dr. Kavandi has logged more than 33 days in space, traveling more than 13.1 million miles in 535 Earth orbits. 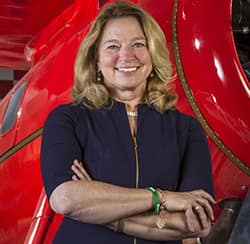 Smithsonian Under Secretary for Science and Research

Ellen Stofan is the Under Secretary for Science and Research at the Smithsonian. She oversees its science research centers as well as the National Museum of Natural History and the National Zoo. The Smithsonian Libraries and Archives, Office of International Relations, Smithsonian Scholarly Press and Scientific Diving Program also report to Stofan. Her focus is the Smithsonian’s collective scientific initiatives and commitment to research across the Institution, especially addressing issues such as biodiversity, global health, climate change, species conservation, astrophysics and the search for life outside Earth’s solar system.

Previously, Stofan was the John and Adrienne Mars Director of the Smithsonian’s National Air and Space Museum (2018–2021) where she was the first woman to hold that position. Under her leadership, the museum began its seven-year renovation of its flagship building in Washington, D.C., in 2018. Stofan also oversaw the momentous celebration of the 50th anniversary of the first moon landing in July 2019 at the museum and on the National Mall.

Before joining the Smithsonian, Stofan had than 25 years’ experience in space-related organizations and a deep research background in planetary geology. She was chief scientist at NASA (2013–2016), serving as the principal advisor to former Administrator Charles Bolden on NASA’s strategic planning and programs. She helped guide the development of a long-range plan to get humans to Mars, and worked on strategies for NASA to support commercial activity in low Earth orbit as it transitions from the International Space Station to sending humans to the moon and Mars in the mid-2020s.

She earned her bachelor’s degree in geology at the College of William & Mary in Williamsburg, Virginia, and her master’s and doctoral degrees at Brown University, both in geological sciences. While finishing her doctoral degree, Stofan joined the Jet Propulsion Lab (JPL) as a post-doctoral fellow and became the deputy project scientist for the Magellan Mission to Venus.

In 1994, Stofan became JPL’s chief scientist for the New Millennium Program where she managed a team of about 100 scientists working on new technologies. The following year, Stofan moved to London while continuing to work at JPL and was, and continues to be, an honorary professor at University College London.

For 13 years (2000–2013), Stofan was vice president and senior scientist at Proxemy Research, a consulting firm in the Washington area specializing in planetary research.

Stofan’s research focuses on the geology of Venus, Mars, Saturn’s moon Titan and Earth. Her favorite mission was Cassini, primarily because of her interest in Titan.

She has published extensively and received many awards and honors, including the Presidential Early Career Award for Scientists and Engineers and the NASA Distinguished Service Medal, and was named one of “CNN’s Extraordinary People of 2014.” She is co-author of the books Planetology: Unlocking the Secrets of the Solar System and Next Earth: What Our World Can Teach Us About Other Planets, both published by National Geographic.

David Calhoun is president and chief executive officer of The Boeing Company. With employees across the United States and in more than 65 countries, Boeing is the world’s largest aerospace company. It is the leading manufacturer of commercial airplanes, military aircraft, and space and security systems, and a provider of global services; it supports airlines and U.S. and allied government customers in more than 150 nations.

Calhoun has extensive expertise in a wide array of strategic, business, safety and regulatory matters across several industries as a result of his executive, management and operational experience.

A native of Pennsylvania, Calhoun holds a bachelor’s degree in accounting from Virginia Tech. He is co-author of the book “How Companies Win” and is an avid golfer and skier. He is married with four children.

Boeing is proud to partner with Embry-Riddle Aeronautical University on a number of strategic initiatives that contribute to the continued growth and diversification of the global aerospace industry. In 2019, these initiatives included $165,000 in charitable contributions to the university and a $3 million grant for the Boeing Scholars program. The program is an initiative of Boeing to develop qualified students for careers in aviation, with a special interest in aeronautical science and aviation maintenance science. The Boeing Co-Pilot Mentoring Program pairs students of the university with alumni at Boeing to build professional skills through guided mentorship. As of March 2020, more than 2,700 Embry-Riddle alumni are employed by Boeing and its subsidiaries

Nicole Stott, Astronaut (Ret.), DB '87, ERAU Alum and Board of Trustee Member, Artist and Advocate for Science and Art Education

Ambassador Barbara M. Barrett, Chairman of The Aerospace Corporation's Board of Trustees

David L. Robertson, Owner of Robertson Racing and Board of Trustee Member

Office of the Registrar