From team sports to intramural activities and sports clubs, Eagle Athletics represents the very best Embry-Riddle has to offer. This is where students develop the skills - physical, social, and intellectual - necessary for success

Explore your interests and exhibit your talents in one or more of our nine sports: 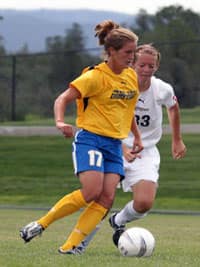 Competing in the National Association of Intercollegiate Athletics (NAIA), Embry-Riddle is a proud member of the California Pacific Athletic Conference (CAL PAC). Representing ERAU through competition on both the regional and national stages, our varsity athletics programs have garnered respect on the playing fields and in the classroom. 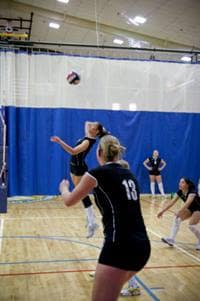 Two of our Embry-Riddle teams completed their inaugural seasons in 2014. Men’s and women’s cross country placed 2nd and 4th in conference and our very own freshman harrier Bailey “Riddle” earned all Cal-Pac honors, and received an invitation to compete at the national championships. Women’s Softball completed a valiant first season with only 11 players and earned some improbable wins against much larger squads. The only thing Embry-Riddle Athletics is missing is you!

Competitive scholarship opportunities exist for student-athletes who have demonstrated a superior commitment to athletics, academics, and character. For specific information about those opportunities, contact a coach via the athletics website.